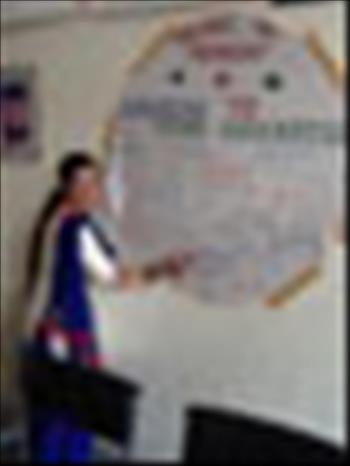 The PIMACON 2012 was held at Bathinda on 23rd December 2012 at Adesh Institute of Medical Sciences and Research, Bathinda. The Student wing of IDPD led by Dr Apramjyot, Dr Amandeep Gill, Dr Tarninderjit Singh, Mr,Ankush Malhotra, Mr.Pawandeep, Ms.Amandeep Kaur and Dr Ankit held a signature campaign on Abolish Nuclear Weapons and End to Violence Against Women. Large number of members of the IMA from all over the state signed on this. Prominent among those include Dr Manoj Sobti-President IMA Punjab, Dr Ram Bhardwaj – President elect IMA Punjab, Dr.Daljit Singh Principal DMC Ludhiana, Dr H S Gill – Chancellor and Dr GPI Singh Vice Chancellor of Adesh Medical University. The students explained about the aims and object of the IDPD.

Candle-lit vigil for the Delhi Victims by IDPD Adesh Bathinda

21 December, 2012 The members of IDPD, Staff students and faculty members of Adesh University today expressed their shock and anguish over the unfortunate incident that occurred in our national capital. Members of IDPD, student’s council of Adesh medical college, and respected faculty were present holding a candle vigil for 23 year old rape victim praying for her speedy recovery and requesting the law and order body to take necessary strict action against the culprits. This incident is not the first one to occur… many occur daily but they go unnoticed, may be out of fear or embarrassment but this one can act as a matchstick to ignite the flame for taking action against each and every culprit. Dr.GPI Singh, Vice chancellor, Adesh university, Senior member IDPD, today exclaimed a heartfelt pain over this inhumane act and said that culprits should not be left unpunished. Dr. Harkiran kaur, Director Student welfare, today exclaimed that the crime of rape is worst than murder because the affected person lives in agony forever. The culprit should be punished in a manner that makes him feel guilty for life. Capital punishment is much less as the culprit is killed in no time. The punishment given must be constant deterrent to not just the culprit but to miscreatants in general. Dr. J.S Bahia, CWIC, Associate professor, Dept. of medicine, said that culprits should be punished with an iron hand and deserve death penalty. Police should do more patrolling and make our country a safer place to live in. IDPD student members Dr. Ankush malhotra , Dr. Manmeet Singh , Dr. Amandeep Gill, Dr. satveer Singh Jassal , Dr. Chetna hans , Dr. Pawandeep Singh , Dr. Ankit jain , Akansha Gupta , Kajol and Mohnish expressed heart felt gratitude to all present there for their support.

07 December, 2012 As a message from Hiroshima to the future generation, a students’ interactive session was held at Adesh Institute of Medical Sciences and Research, Bathinda. The session was attended by students of Dental College and Medical College. The guest speaker was senior member of IDPD, Dr. J.S Bahia, CWIC, Associate professor, Dept. of Medicine. Dr. Bahia explained the health effects of the uranium, in context of traces of uranium found in water table of Bathinda, due to which many cases of uranium exposure have been reported in many areas of Bathinda region. The cause of water pollution is still to be found. Dr.Bahia told the student about the typical signs and symptoms reported in the children of the area. The government is aware of this incidents, but still not much has been done. Dr. Rajiv, Assitant professor at AIMSR, shared how medical students can help in this campaign locally as well as globally. A signature campaign was held afterwards, in which students signed and wrote message for the future generations.