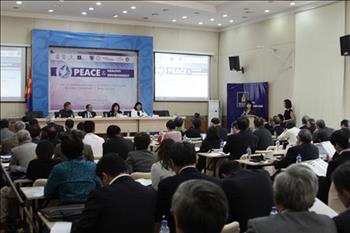 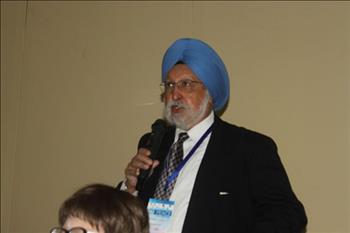 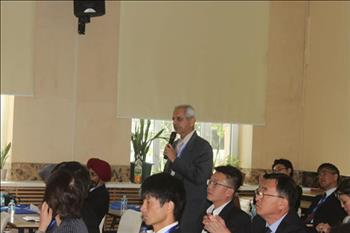 The representatives of IPPNW affiliates from North and South Asian countries met at Ulaanbaatar capital of Mongolia to affirm commitment to peace and nuclear disarmament and to build Pan Asia movement for peace in the coming years.  The 10th North Asian IPPNW Regional Conference and 3rd North South Asian Meeting held on 13-14 September 2018 at Ulaanbaatar brought together delegates from Australia, Bangladesh, DPRK, Hong Kong, India, Japan, Nepal, Netherlands and Mongolia. In a final statement the meeting expressed deep concern at the ongoing conflicts in different parts of the world. These conflicts can at any time escalate into larger wars and result in use of nuclear weapons. Any use of nuclear weapons would have catastrophic effect on all life, which could not be effectively addressed. Therefore these weapons must be eliminated completely.

Asia has great diversity and is rich in natural resources. But there are glaring disparities in terms of socio-economic development among the population including in health, education, access to drinking water, sanitation and other basic needs. There is need for huge resources to fulfill these gaps. Tragically parts of the region spend large amounts on arms proliferation, including nuclear weapons.  China presently has the 2nd largest military budget and is the 3rd largest arms exporter. India too is aspiring to become an arms exporting country. Pakistan also spends a very high proportion of its GDP on arms.

Asia has the largest number of nuclear weapons possessing countries,five out of nine globally - India, China, Pakistan and North Korea and Israel; with another Eurasian nuclear-armed state, Russia. The continent has suffered the effects of nuclear weapons in Japan in 1945, as well as from nuclear testing in many locations. Parts of the continent including Iraq and Syria have suffered the effects of depleted uranium. There is evidence of serious health effects on the population living around uranium mines. The ongoing conflicts particularly in the Middle East, the wars in Syria and Yemen, and perpetual tension between India and Pakistan are serious threats to peace in the region.

The meeting welcomed the Panmunjom Declaration as a milestone for achieving comprehensive and epochal improvement and development in North-South Korean ties and for bringing a future of peace, common prosperity and independent reunification on the Korean peninsula.

It urged rapid implementation of the Singapore DPRK-US joint statement, recognizing it as a historic document in overcoming decades of tension and hostilities between the two countries, building a lasting and robust peace regime on the Korean Peninsula and archiving the goal of turning the Korean peninsula into a nuclear-free zone through complete denuclearization. The meet further  supported the Korean people in their struggle to bring about peace, prosperity and reunification on the Korean peninsula. This would be a major contribution to achieving a nuclear-free Asian region and world.

It is a global heath imperative as well as legal obligation that all nuclear-armed nations eliminate their nuclear arsenals as a matter of great urgency. The UNTreaty on the Prohibition of Nuclear Weapons (TPNW) provides a pathway for all nations to abolish nuclear weapons. All nations should take that path. The joint statement issued appealed:

It committed to build regional exchange and collaboration between our affiliates in pursuit of our shared goals.