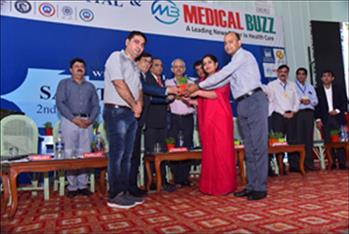 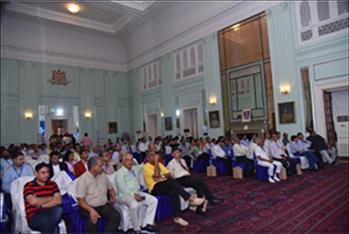 Dr Arun Mitra – Co President IPPNW called upon the medical fraternity  to come forward and save the mankind from the catastrophe  which could occur in the event of a nuclear exchange. Addressing a meet  ‘Save the Saviour’ at Bikaner, Rajasthan as chief guest on 28th July,  he gave details of the humanitarian impact of nuclear weapons. He referred to the study that over two billion people would be put at risk in the event of a limited nuclear exchange between India & Pakistan and also that in the event of nuclear exchange between the major nuclear powers whole of modern civilisattion could extinct.  The event was organized by  the magazine ‘Medical Buzz’ and  attended by 375 doctors  from Rajasthan, Punjab and Haryana. Dr Rajeev Munjal the chief editor of the magazine endorsed the views of Dr Mitra and assured of continuous support to the peace movement. The representatives of IDPD Rajasthan chapter Dr Dharmendra Kumar Verma, Dr Rameshwar Bhambu, Dr Tirath Sharma, Dr Manohar Swami and Dr Sohan Lal Saini actively participated in the event.