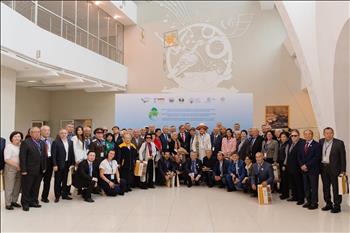 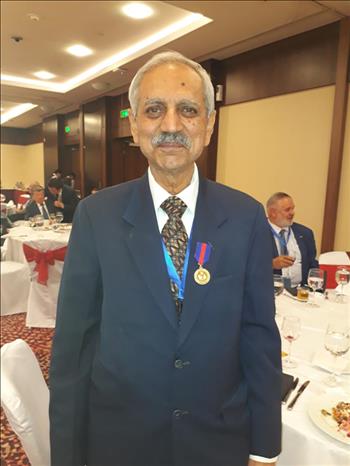 Need for persistent united movement for the abolition of nuclear weapons

Kazakhstan had to bear maximum brunt of the nuclear detonations. In all 456 (340 underground and 116 aboveground) nuclear tests were conducted in Semipalatinsk region since 1949. These had serious health and environmental impact on the population. People of the area started anti nuclear movement under the leadership of a leading poet of Mr. Suleimenov Olzhas demanding ban on these tests. Ultimately they succeeded and the tests were banned in 1989 and the area was closed in 1991. This movement has been known as International Anti Nuclear Movement Neveda Semey.

A commemorative conference was held at Astana which related the movement to the present day context. Dr Arun Mitra, Co-President IPPNW was invited to address the inaugural plenary session. While upholding the success story of the Neveda Semey movement he called upon all the anti nuclear movements worldwide to unite for complete abolition of nuclear weapons. It is imperative, he said, that all nuclear weapons possessing countries join the Treaty Prohibiting Nuclear Weapons (TPNW) which was passed by the UN General Assembly with 122 votes in favour and only one vote against on 7th July 2017. He cautioned that this opportunity should not be missed. There are several low level conflict zones at present the world. These conflicts can escalate into larger wars where use of nuclear weapons may not be ruled out. South Asia is a serious conflict zone. Any nuclear exchange between India and Pakistan would put two billion people at risk globally.

The conference was addressed by representative from UNESCO, Minister of Culture & Sports Kazakhstan and speakers from Germany, Italy, India, Russia, Ukraine, Tajikistan, China, Japan and France. In addition there were several presentations by Kazakh delegates.

(Text of the speech by Dr Arun Mitra is attached herewith)